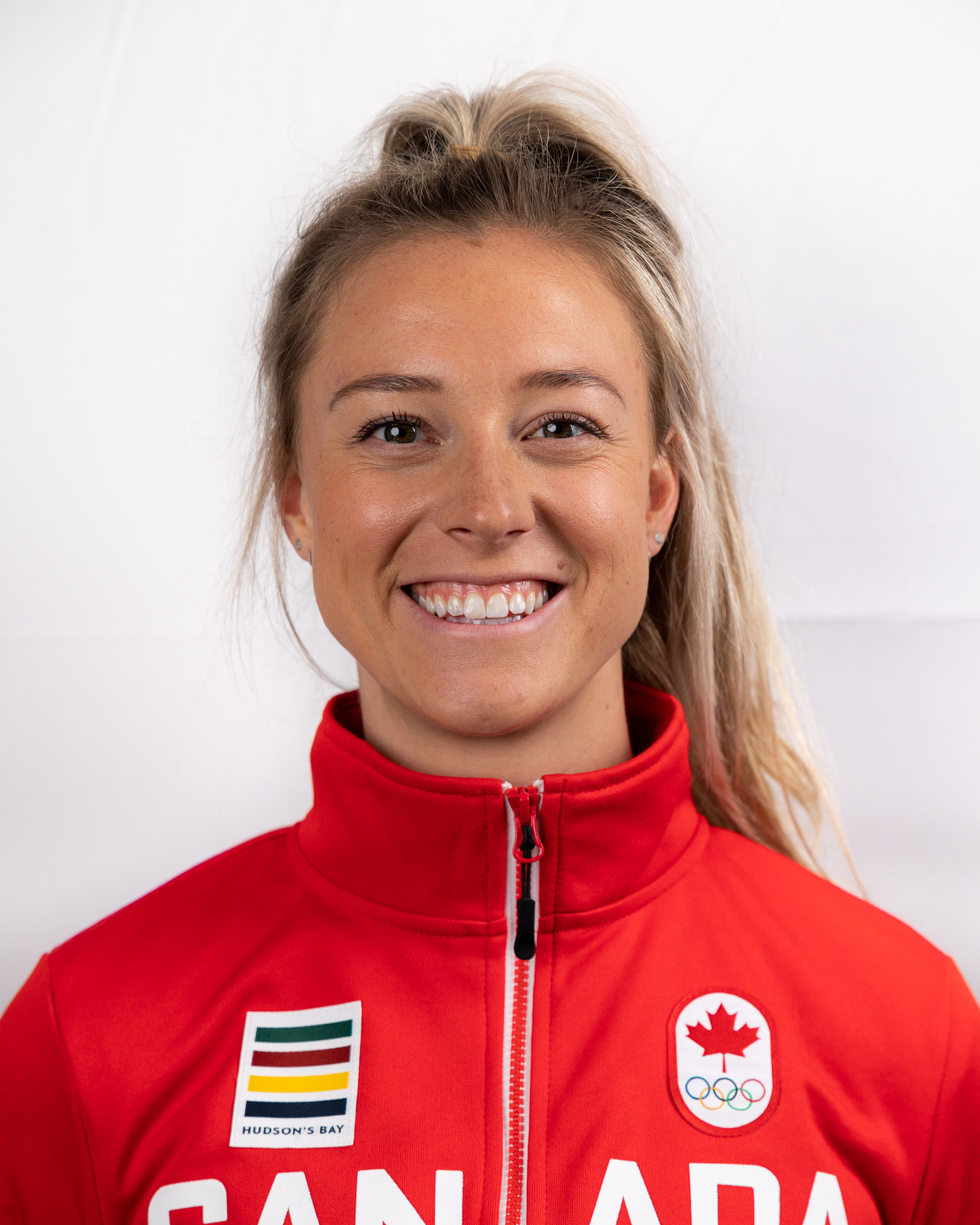 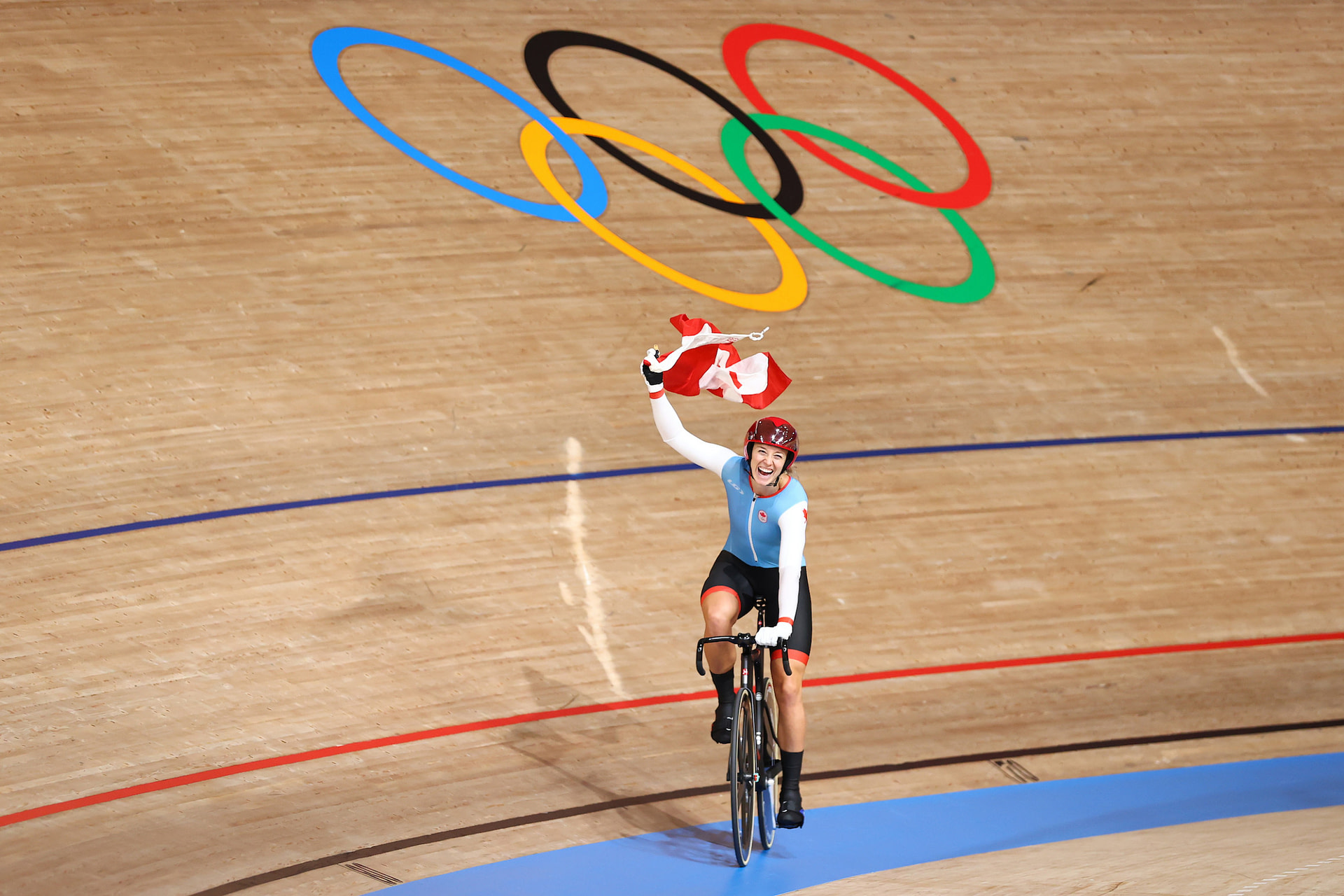 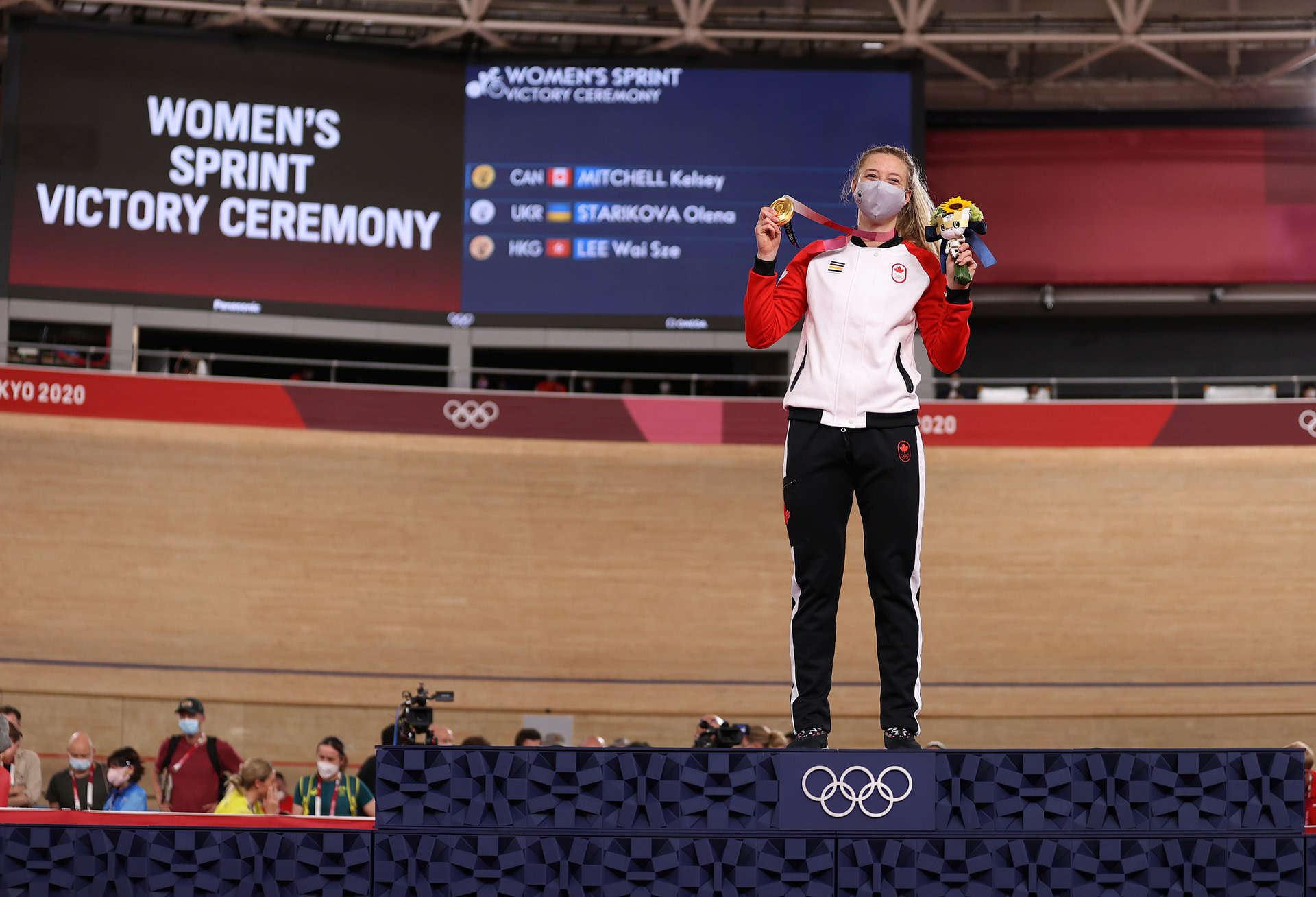 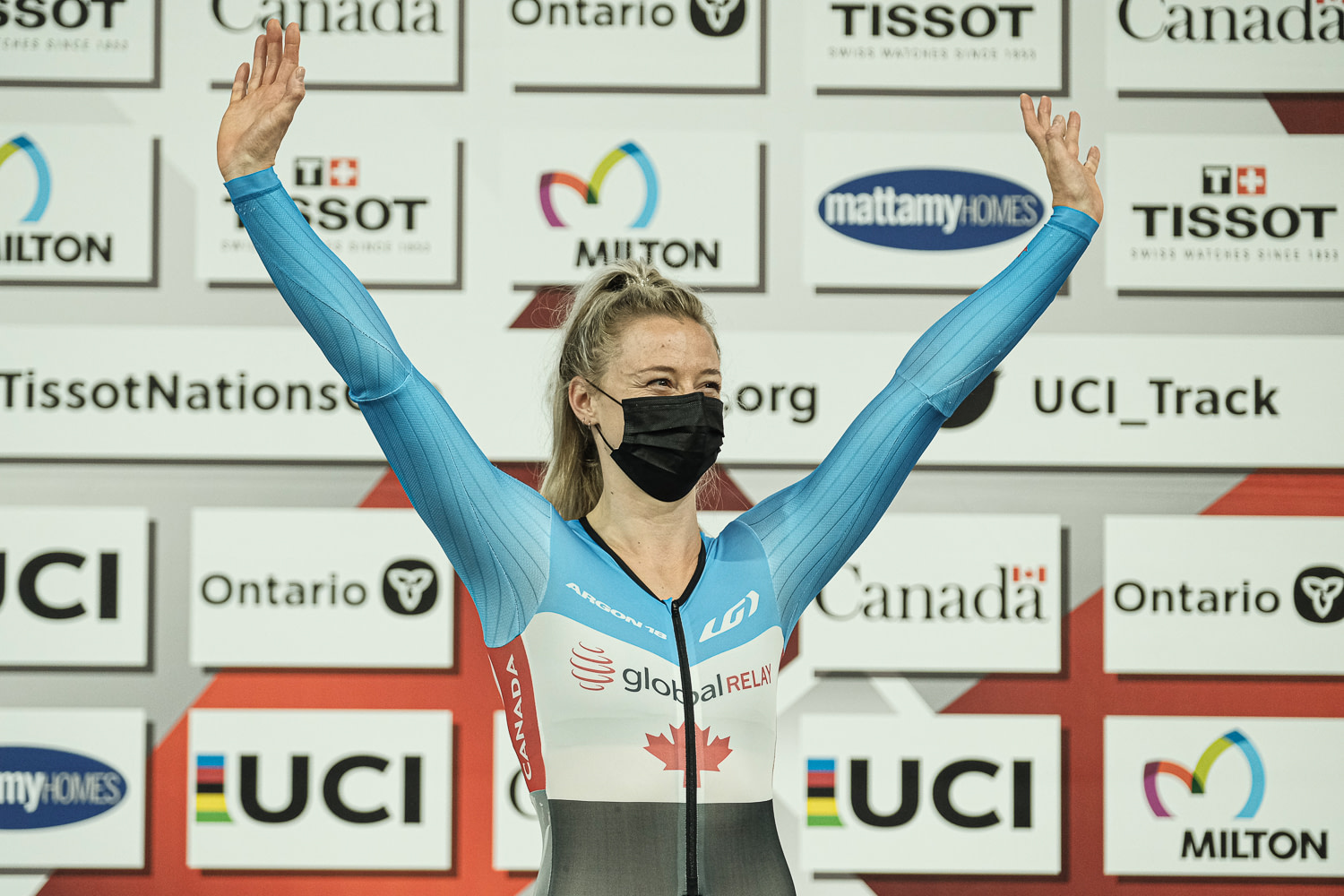 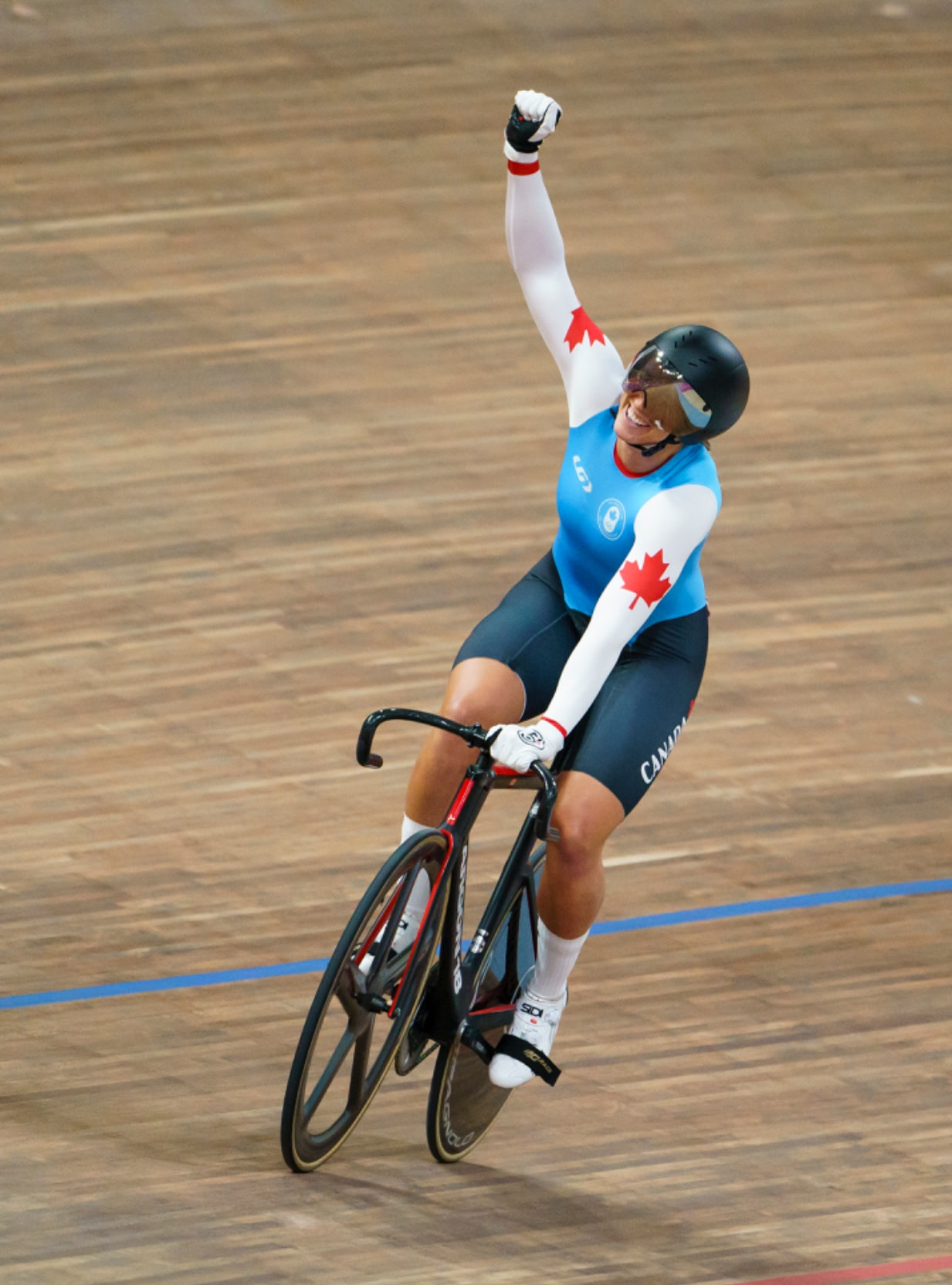 Kelsey Mitchell found her calling in the sport of track cycling at the age of 24. Within two years of her first ride on a track cycling arena, she defied the odds, going on to become a world record holder, Pan American Games champion, and World Cup medallist in track cycling. In the summer of 2021, Mitchell became an Olympic Champion in Sprint. Her entire life changed when she attended an RBC Training Ground event in August of 2017, where she exceeded the national standard for track cycling on the watt bike. She took part in further testing and was officially recruited by Cycling Canada. Mitchell is currently based in Milton, ON for training purposes, and is originally from Sherwood Park, AB.